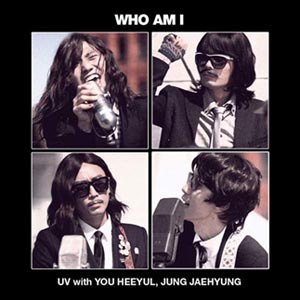 Back in April, the duo collaborated with Park Jin-young, founder and chief executive of JYP Entertainment, on the hugely popular disco number, “Itaewon Freedom.” In the retro 80s video, the three sing, dance and mug their way through some familiar spots in Itaewon.

In many ways, “Who Am I” is a tribute to the Beatles. It features refrains from “Hey Jude” and the four artists actually went to London to shoot the music video, which has each of them decked out in wigs, spectacles and outfits like the Beatles members. The video even has a scene in which the musically talented comedian Yoo poses with his girlfriend in homage to the famous Rolling Stones cover of John Lennon posing in the nude with his wife Yoko Ono.