Back in Norway, former ambassador reflects

Back in Norway, former ambassador reflects 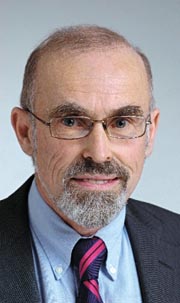 After finishing his five-year stint as the Norwegian ambassador to Seoul, Didrik Tonseth thought life back home would be free of Korea, at least for the time being. He was mistaken.

On the first day of his new assignment at Norway’s foreign ministry, he ran into a former colleague who talked to him about her 15-year-old daughter’s obsession with K-pop.

The colleague’s daughter, a high school freshman, opted for a school located far away from home in Oslo, simply because the school taught Hangul.

“See, that was an aspect with Korea I had never thought of. Japanese women, yes, but Norwegian teenage girls?” said Tonseth in a written interview with the Korea JoongAng Daily.

Tonseth left Seoul last month with memories of Korea’s rising international status, which he said he cherishes no less than the substantial advancements made in the 52-year-long relationship between Korea and Norway during his time as ambassador.

Trade between Korea and Norway has taken off since a free-trade agreement was implemented in 2006, surpassing $6.4 billion last year. He said Korea has become one of the Scandinavian country’s most important export markets, even rivaling China in importance.

While ambassador, Tonseth said he saw Korea’s rise go beyond the economic sphere, reaching into politics and sports, including the G-20 Summit, United Nations Secretary General Ban Ki-moon’s election and re-election and the country’s successful bid for the 2018 Winter Olympics.

The former ambassador also pointed out Korea’s increasing role as an “important contributor” to development assistance and peace-keeping missions around the world.

“Koreans have continued to build on their experience as a nation with a more than 5,000-year-long history, but they have managed to adapt fully to the challenges of the today’s highly complex and technology based society,” Tonseth said.

He added, “My wife and I have acquired great respect for the Koreans and what they have achieved; their dedication, discipline and urge to succeed [are] unique.”

He mentioned that four of the 15 contenders in the semifinals of the prestigious Queen Sonja International Music Competition in Oslo last month were Koreans, which did not surprise him or his wife. A Korean, baritone Lee Dong-hwan, won the competition and 20,000 euros ($26,800).

“The Korean music, literature and theater scenes are vibrant,” he said. “At the same time, young people flock to the concert halls to listen to Western classical music - many of them studying music themselves - at home or abroad. You have to be very sure of your own cultural identity to do this.”

But despite the successes, the former ambassador, as a long-time observer of Korea, said the country still faced challenges it needed to overcome. Some of Korea’s traditions, such as patriarchal Confucianism, could impede the country from reaching its full potential by limiting women’s contributions to its economy, he said.

Korea also has low brand awareness among Europeans, Tonseth said, though he added that things were changing quickly.

The ambassador, who doubled as the Norwegian representative in North Korea, made a final trip to the North on Aug. 15-17 before returning to Oslo.

He said that his impression was that Pyongyang had sufficient food, in part through a growing market economy, but that many people in rural parts still suffered from lack of food.

Pyongyang residents, he said, were also more informed than before, through means such as a weekly television program on international events. He said the growing distribution of mobile phones in the North could accelerate the dissemination of information from the outside world.

Still, he said none of the changes would likely bring political changes to the regime, which continues its work toward transferring power to Kim Jong-il’s youngest son.

With speculation that the power transfer could take place next year on the centennial of Kim Il Sung’s birth, Tonseth said preparations for next year’s anniversary were visible in the capital. Even students were taken out of the universities to complete new apartments for next year’s celebration, he said.