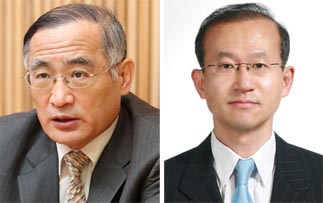 Lim Sung-nam, new special representative for Korean Peninsula peace and security affairs, is already diving into his new post, embarking on a three-day visit to the United States today to discuss North Korea’s denuclearization, the Ministry of Foreign Affairs and Trade said in a statement.

Lim, who until recently served in the Korean Embassy in China, previously worked as the country’s vice representative to the six-party talks. His predecessor, Wi Sung-lac, who served for the past two-and-a-half years, was appointed as Korea’s new ambassador to Russia.

Known as a creative negotiator by colleagues, Lim attended the six-party talks in 2005 and contributed to the drafting of the Sept. 19, 2005 joint statement, in which the North pledged to denuclearize.

During his trip to the United States, Lim is scheduled to meet officials from the U.S. State Department and National Security Council to brief them on the results of last month’s inter-Korean denuclearization talks in Beijing, the ministry said. He will also consult with U.S. officials to coordinate policies to continue dialogue with North Korea as well as preconditions for the resumption of the six-party talks, the ministry said.

Wi, 57, was considered to be an able negotiator, representing Seoul’s stance on the North’s denuclearization since assuming his role as chief representative to the six-party talks in March 2009.

The six-party talks, aimed at ending North Korea’s nuclear weapons program, have been suspended since the North’s withdrawal in April 2009. Seoul, Washington and Tokyo - other parties to the talks - have called on the North to show seriousness of purpose to resume negotiations, as the regime wishes to do.