And the winner is: Top newspaper ads net awards

And the winner is: Top newspaper ads net awards 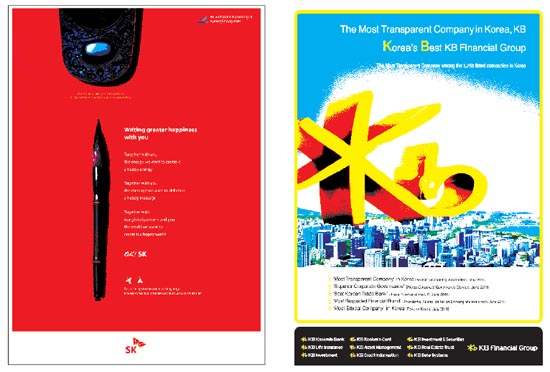 A total of 25 awards were handed out in 13 categories at this annual event that celebrates excellence in the art of newspaper advertising and is sponsored by the JoongAng Media Network.

In addition to the ad from SK Holdings, affiliates of leading conglomerate SK Group swept three out of five awards given in the JoongAng Daily category.

The final Gold award went to Woori Finance Holding for its “At the Forefront of the Global Financial Market” ad. 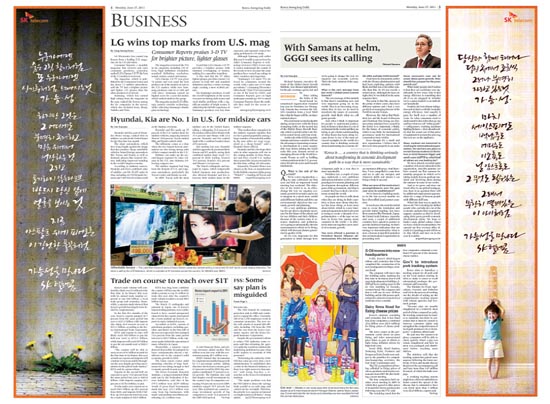 
Meanwhile, among ads for the JoongAng Ilbo, the mother paper of the JoongAng Daily, the top honor went to Shinsegae Group’s “Shinsegae from Nature” ad created by Cheil Worldwide.

“This Year’s Advertisement Award” from JoongAng SUNDAY, a weekly affiliate of this paper, went to Hana Daetoo Securities for its ad that popularized the catchphrase “Don’t ever touch the whiskers of a lion or the retirement funds of your father.”

In terms of innovation, 4th-year Hansung University undergraduate Shin Mi-jung won the grand prize in the newcomers’ category with an ad about conserving electricity.

“The idea was to anthropomorphize an electric plug which is trying to pull itself out,” Shin said concerning her winning ad. “I tried to make the visual aspect as lively as possible to make the viewer feel that he or she should step in to pull it out.”

Lee Myoung-chun, professor of advertising and public relations at Chung-Ang University who heads the 10-person panel of judges, said the awards strive to remain objective and map out the future direction of newspaper advertising. “[They] serve as an opportunity for advertisers and advertising professionals to seek a new direction for the development of newspaper ads,” Lee said.

“The judges agreed that it is time to seek new forms of creative expression, ones that fully utilize the characteristics of newspapers as an advertising platform and stay true to the medium’s traditionally strong influence, while also meeting the desires and needs of readers,” Lee added.

The awards ceremony will be held at 11 a.m. on Oct. 19 at the Westin Chosun Seoul Hotel in Sogong-dong, central Seoul.