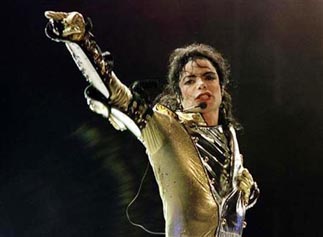 LOS ANGELES - Michael Jackson was named this year’s top-earning dead celebrity on Tuesday in a list compiled by financial Web site Forbes.com, earning the title for the second year in a row following his death in 2009.

“Thriller” singer Jackson, who died aged 50 of a drug overdose, is estimated to have earned $170 million in the past year, which also places him as the second-highest-earning pop music act this year, dead or alive, Forbes.com said.

Jackson’s physician at the time of his death, Dr. Conrad Murray, is currently on trial in Los Angeles, charged with involuntary manslaughter for administering the powerful anesthetic propofol as a sleep aid for the singer in Jackson’s home. Murray has pleaded not guilty.

Jackson, whose name has rarely been out of the media headlines due to his sudden death and its cause, has seen sales of albums and memorabilia increase in the past year.