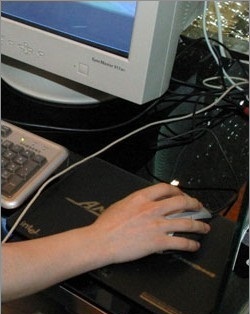 A military investigation into allegations that its intelligence agency conducted illegal surveillance of a citizen confirmed yesterday that intelligence staff had collected excessive information on a college professor.

The Ministry of National Defense, however, concluded that the illegal actions were committed only at the individual level, denying further involvement by people or organizations higher up in the chain of command.

Two lower-ranking officials and two civil employees at the Defense Security Command have been arrested for their role, the ministry said.

“Sergeant Major Ha asked a colleague to collect basic information for a report, and we confirmed that it developed into excessive information collection through illegal activities to which other colleagues were also linked,” the ministry said yesterday in announcing its findings on the surveillance of a professor at Chosun University in Gwangju.

Ha, 47, whose name was withheld, was among four people arrested for hacking the professor’s e-mails and downloading their contents.

Ha and two others, including Sergeant Jang, 35, and civil officer Kim, 37, belonged to the Gwangju branch of the Defense Security Command, while civil officer Han, 35, worked at the Songpa branch in Seoul.

The case came to light after the professor, identified only by his surname, Gi, reported to police that someone had gained access to his e-mail using his ID and password and stole documents in early September. Police tracked down the IP address of the computers used in the hacking and found the Defense Security Command as the suspect.

The case was turned over to the Defense Ministry as speculation grew that it was part of a larger, systemic surveillance conducted by the military.

The ministry said the four individuals targeted Gi after taking issue with his record of violating the National Security Law and his contacts with military officials when he lectured at a military institute in South Jeolla.

The ministry said its investigation was conducted in a thorough and honorable way, though conceded that there was no way of finding out whether higher ups in the chain of command had given a verbal order.

The ministry’s announcement was met with criticism from some that the military’s investigation of itself was limited.