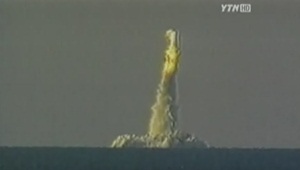 Seoul and Washington will conduct a new joint exercise next week to beef up deterrence against a possible nuclear attack from North Korea, the Ministry of National Defense announced yesterday.

The ministry said the two sides would conduct a two-day tabletop exercise focused on extended deterrence against nuclear and other weapons of mass destruction attacks at the U.S. Strategic Command starting Tuesday.

It is the first time the two allies will coordinate their deterrence against North Korea’s nuclear and missile threats in the form of a tabletop exercise, or TTX, a kind of simulation training under theoretical scenarios.

“In the exercise, we will discuss how to make use of extended deterrence in the case of North Korea’s nuclear crisis and practice bilateral consultation and decision-making processes,” said a ministry official.

Participants in the exercise will presume two or three emergency scenarios that can be caused by the North’s nuclear or missile threats and coordinate political and military countermeasures.

The tabletop exercise will focus in particular on refining information sharing on extended deterrence and help enhance mutual understanding of joint countermeasures, the official said.

A ministry official said the two sides could conduct two or three more simulation exercises or other similar types of joint exercises in the future. Based on the outcomes of the exercises, the official said they would come up with a more customized strategy for extended deterrence.

An extended deterrence, which the two sides have increasingly discussed since the North’s first nuclear test in 2006, is considered to possibly include a nuclear umbrella, conventional strike capability and missile defense.

The tabletop exercise is a follow-up measure to the agreement between Minister of National Defense Kim Kwan-jin and U.S. Defense Secretary Leon Panetta in a meeting last week to develop a tailored deterrence strategy to better counter the North’s nuclear and missile threats.

At the meeting, the annual Security Consultative Meeting held in Seoul, Kim warned that there was a high possibility the North would conduct additional provocations next year. The North is blamed for two deadly provocations last year, including the shelling of Yeonpyeong Island in November 2010.