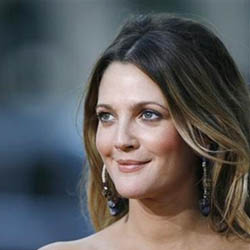 NEW YORK - Some might argue that all stars are overpaid, but Drew Barrymore and Eddie Murphy are in a league of their own, according to a survey conducted by Forbes.com and published on Thursday.

Top stars can make tens of millions of dollars on a single film, and the payout can be justified when a movie like “Pirates of the Caribbean” brings in several hundred million at box offices. But when their movies bomb, that’s another story.

Forbes.com said the actress returns just 40 cents for every dollar movie studios spend for her participation. By contrast Murphy’s films returned $2.70 for each dollar he was paid.

Compared to Barrymore, “Murphy is a financial superstar,” wrote Forbes.com’s Dorothy Pomerantz who compiled the list.

But “Beverly Hills Cop” (1984) star Murphy has struggled in recent years, too, with bombs like “Imagine That” and “Meet Dave.” He might take solace in his promising new film “Tower Heist” and upcoming gig hosting the Oscars, Forbes said.

The magazine compiled the list from Hollywood’s 40 top-earning actors, and based it on each star’s compensation on his or her last three films and the operating income on those films. From that, Forbes.com derived a return-on-investment.

Oscar winners were not immune from the dubious distinction of most-overpaid, either. Nicolas Cage, Nicole Kidman and Reese Witherspoon all made the top 10.

Witherspoon owed her spot to her starring role in the James L. Brooks disaster “How Do You Know,” which Forbes said cost an estimated $120 million to produce but brought in only $50 million worldwide.

At least Will Ferrell can take consolation in not being first this time around, after owning the top spot for two years running. This year, he placed third.