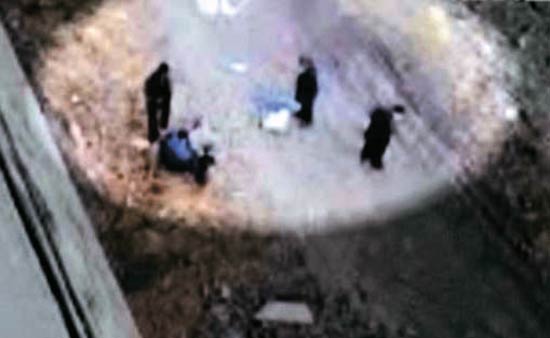 A person presumed to be defecting from North Korea was shot dead by a North Korean guard two weeks ago right after crossing the border into China, a South Korean civic activist said yesterday, providing what could be a rare eyewitness account of the North clamping down on defectors.

Kim Yong-hwa, head of the North Korea Refugees Human Rights Association of Korea, told the Korea JoongAng Daily that a man who appeared to be in his early or mid-40s was shot dead only seconds after crossing the Amnok River into China from Hyesan in the North’s Ryanggang Province on Oct. 25. Kim said he witnessed the shooting while on a tour of the town.

Yonhap News Agency first reported on Kim’s account and the Korea JoongAng Daily confirmed it in a recent telephone interview with him.

“He must be a North Korean, as it is unfathomable that North Korea would shoot a Chinese national in Chinese territory,” Kim said, adding that several Chinese investigators arrived on the scene half an hour later.

Authorities in the North are known to be strengthening efforts to contain the growing exodus of people out of the country, including setting up surveillance cameras and wire fences in North Korea-China border areas.

Reports of on-site killings by the North of defecting North Koreans were once rare, but those with knowledge of the North said more such incidents could occur in the near future.

Choi Sung-ryong, head of Come Back Home, an association of South Koreans with family members abducted by the North, said North Korean border guards have virtually ignored border crossings in exchange for money from defectors in the past, but North Korean authorities are now paying a bounty to guards who catch people trying to cross the border.

“We will consult with the Ministry of Unification on whether to request verification of the claim about the shooting [at Amnok River] from the North or China,” a Ministry of Foreign Affairs and Trade official said.

Meanwhile, a five-ton wooden boat carrying 21 North Koreans and two dogs was spotted on the Yellow Sea on Oct. 30, around 39 kilometers (24 miles) south of the Northern Limit Line, the de facto maritime border between the two Koreas, and the North Koreans are currently under investigation by South Korean authorities, according to the South Korean Navy yesterday. If they are confirmed to be defectors, it will mark the fourth defection this year by North Koreans via the Yellow Sea to the South.