Higher premiums for rich, eased for those with jeonse

Higher premiums for rich, eased for those with jeonse 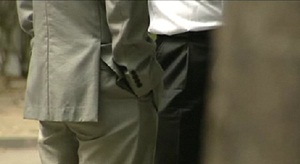 From September 2012, those with employer-based health insurance policies will see an increase in their health insurance premiums if they have outside sources of income totaling more than 70 to 80 million won ($62,000 to $70,900) per year.

The system had also come under criticism for being abused by high-income earners. The ministry said it found 1,103 high-income earners last year who avoided higher premiums by registering as an employee at companies owned by family or friends.

“The bill imposing higher premiums on employees with additional income is currently pending at the National Assembly. However, if the bill gets passed in the next regular session of the National Assembly, the new system will take effect starting next September,” said Choi Hee-joo, an official from the ministry’s health insurance policy department. “We will start revising the related ordinance on easing health insurance burden for tenants so that it can be implemented early next year.”