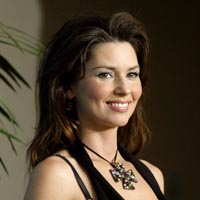 TORONTO - A former doctor who admitted to stalking Canadian country star Shania Twain has been released from jail with credit for time served.

Giovanni Palumbo pleaded guilty in September to criminal harassment and had been in custody since being arrested at Canada’s top music awards in March, where he showed up with a greeting card to give to Twain.

A judge sentenced Palumbo to three years of probation on Tuesday. He is not allowed within 0.5 miles of Twain, her family or any of her professional staff. He’s also not allowed to contact her or communicate with her and has been ordered to continue counseling.

Twain previously testified by video link and described the numerous lovelorn letters Palumbo had mailed to her homes in Ontario and Switzerland and discussed the feelings of fear and vulnerability conjured by his unwanted visits. He was seen at her family cottage, her grandmother’s funeral and at the Juno Awards in March.

After hearing Twain’s testimony, Palumbo decided to plead guilty but several more court dates followed due to legal wrangling over a psychiatric evaluation that had been requested by the prosecution ahead of sentencing.