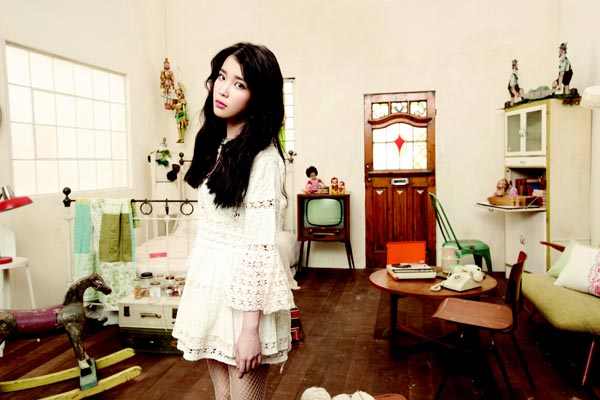 
IU has made a much-buzzed-about comeback with the release of her second album “Last Fantasy” on the Nov. 29. The young diva is driven to convince the public that she is no longer just an idol singer but a true diva.

In the long-awaited album, there is a genre to suit all kinds of musical tastes and fans. The talent of the artist known for her vocal range is tested out on tracks like “Mia,” a pop ballad. There are still some upbeat songs like “Boo,” similar to the singer’s early works such as “Marshmallow,” which was a hit with the younger fans. The album is a 13-track solid body of work unlike the short and sweet mini-album “Good Day.”

The album also features some of the brightest composers and artists lending IU a helping hand. Composer and singer Yoon Sang, former member of the band Panic, Lee Juck and producer Ra.D are some of the contributors. IU, who is proud of her new album, boasted that all the songs are strong enough to be title songs. The new album covers a wide range of genres and a chance for the solo idol singer to prove that she’s more than just a pretty face.