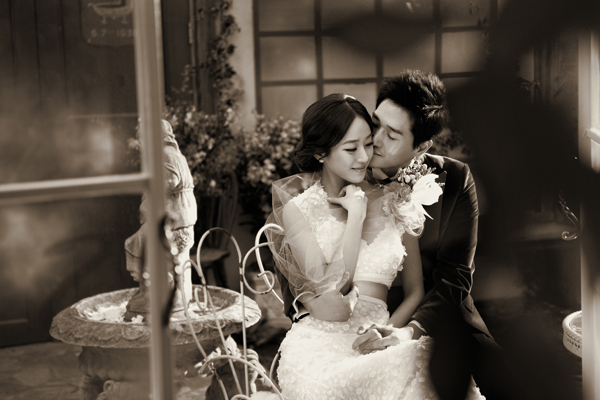 
Actor and director Yoo Ji-tae and actress Kim Hyo-jin have revealed their studio wedding photos ahead of their big day on Dec. 2.

The two entertainers will tie the knot after dating for five years. Their wedding is set to take place at the Shilla Hotel in central Seoul with a guest list that includes actors Lee Byung-hun and Cha Seung-won and actress Kim Hye-su. The wedding date marks the couple’s fifth anniversary together and was booked by Yoo one year in advance despite landing on a Friday – an unusual day for a wedding.

Special attention to details also extended to the wedding invitation. The paper chosen for the invitation card is environmentally friendly and has the number 1,825 written on it, the exact amount of the days the two have spent together as a couple.