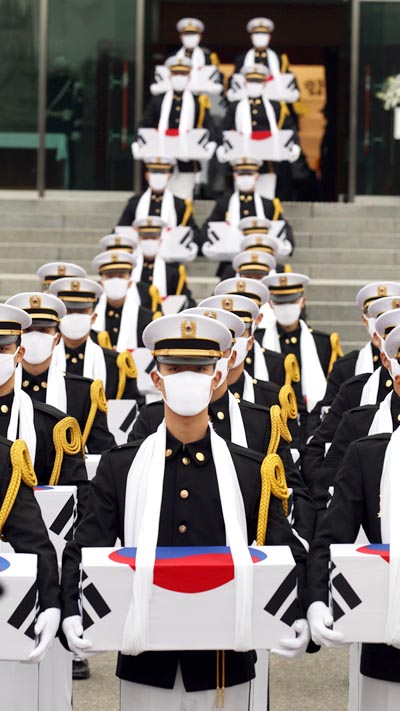 Soldiers yesterday carry the remains of Korean soldiers killed in the Korean War during an enshrinement ceremony at Seoul National Cemetery. The government said it had excavated a total of 1,389 remains since March and expected to find 10,000 more in next three years. [YONHAP]