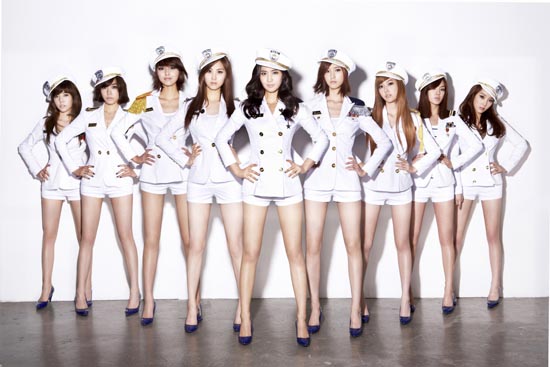 
Girls’ Generation’s official photo album has become No. 1 on the Oricon photo album chart in Japan.

According to Oricon on Dec. 8, the first official photo album of the band has sold 17,000 copies in the first week of its launch.
Within Oricon’s photo book category, it is ranked first and within the combined books category it is ranked 18th. The pictorial book titled “Holiday” was released on Nov. 30 and as the band’s first official photo book, has a casual theme capturing the girls at home. The photos revolve around the theme of the girl group on break and feature various shots of them lounging around their residences.

In addition to the success of their photo album, Girls’ Generation is also expected to top the music charts with the repackage of their first Japanese album “Girls’ Generation” on Dec. 28. The enhanced album will feature a new song and an additional Japanese version of the band’s hit “The Boys” is expected to sell more than one million copies after being released.