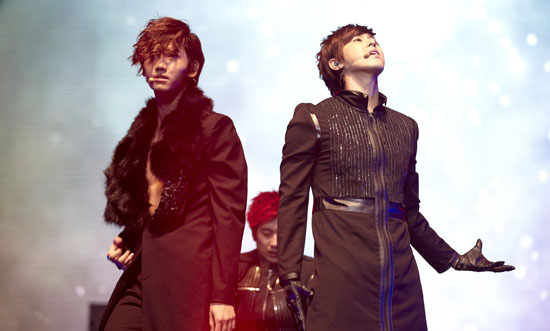 According to the SM Entertainment, the band set a new record for attracting more than 1,000 fans to the airport.

The band was in Taipei to participate in two fan meetings, held on Dec. 11 at the Taipei Show Hall2, and saw 10,000 fans attend.

At the fan meet, the two member group sang their hit songs “Why (Keep You Head Down),” “Maximum” and “Rising Sun.” They also answered questions from fans and had a go at making bubble tea, a specialty of Taiwan.

TVXQ will return to Korea on Dec. 12 and will be busy attending various programs until the end of the year as well as preparing for their Japanese concert net year.