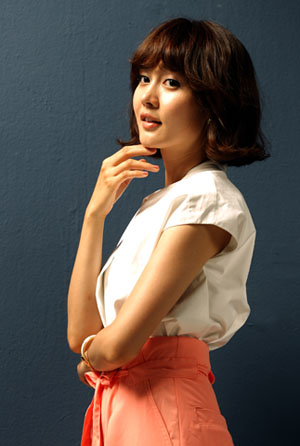 Entertainer Sung Yu-ri has announced she will return to the small screen five months after the end of the drama “Romance Town.”

The singer-turned-actress has been confirmed as a lead cast member of the upcoming MBC drama “Banquet of the gods.”

The drama is based on Korean royal court cuisine and features a hot tempered yet compassionate chef, played by Sung, who battles with actress Seo Hyun Jin’s character to become master chef of court cuisine.

“The character I will be playing is so unique, so I’m feeling a little bit nervous. Nevertheless the character is an attractive person and I’m looking forward to living out the role,” Sung said. The drama will begin broadcasting from February.

Sung is currently involved in the filming of the movie “Detective Cha.” The actress rose to fame in the teenage idol band Fin.K.L in the last 90s. Singers Lee Hyori and Ok Ju Hyeon were also members of the girl group.