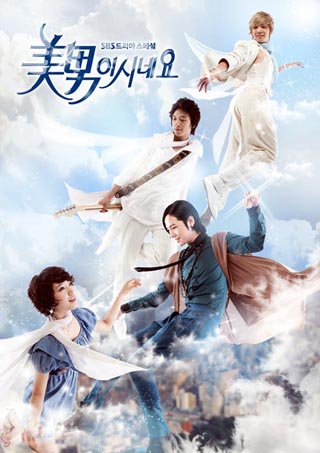 A Japanese remake of SBS drama “You Are Beautiful” reached the top spot on the Oricon DVD drama chart.

The Japanese remake of the original Korean drama was released on DVD on Dec. 7, and more than 32,000 copies were sold in the first week.

According to the Japanese music chart Oricon, “For sales within the first week of being released, the drama set the record for most number of DVDs sold in the drama category.”

As well as ranking first in the drama segment, the DVD also made it to the third spot on the general DVD chart.

The Japanese version of “You Are Beautiful” aired in July and, similar to its Korean counterpart, featured idol group members – Hikaru Yaotome from JUMP and Yuta Tamamori and Taisuke Fujigaya from Kis-My-Ft2.

Original cast member Jang Keun-suk also had a cameo in the Japanese version.

The original SBS version first aired in 2009 and was rerun three times this year alone in Japan. The drama also helped launch Jang’s career as a Hallyu star and helped him earn the unofficial title “Prince of Asia.”

The drama’s popularity in Japan also caused the television program to be turned into a play in October last year.