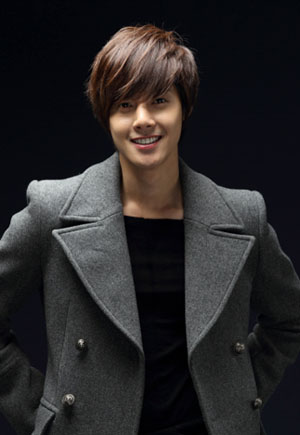 The single album “Marry Me” was made available on online music Web sites from Dec. 15. The album consists of the song “Marry Me” as well “Marry You,” a female version of the title track song. The tracks are acoustic songs featuring Kim’s vocals and a guitar.
On Dec. 14, the singer’s entertainment agency Key East said, “Marry Me is a ballad about a love that is forever. The song contains the heart of Kim towards his fans.” The singer turned actor also contributed toward writing the words to the song.

For the music video to the song, Kim made an official announcement on his Web site inviting fans to submit pictures containing, “The happiest moment in life.” More than 1,000 pictures were submitted by fans. The music clip, also to be revealed on Dec. 15, will feature the selected images.

Earlier this month Kim was in the spotlight as the “Harmful To Youth” rating placed on his song “Please” by the Ministry of Gender Equality and Family was revoked by the Seoul Administrative Court. The solo artist rose to fame from being in the boy band SS501 and for playing the role of Ji-hoo on the hit Korean drama “Boys Over Flowers.”