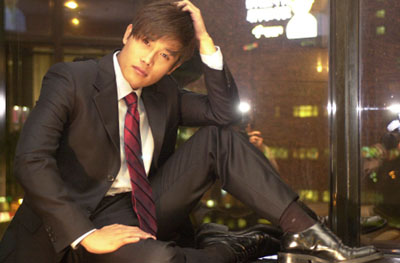 Hallyu star Lee Byung-hun received a certificate of appreciation from UNICEF and will begin his tour of Japan on Dec. 20

From Dec. 20 until Dec. 27, Korean actor Lee Byung-hun is set to tour Tokyo, Osaka, three cities in Fukuoka. The fan meeting titled “Lee Byung-hun On Stage 2011” will reach an audience of 60,000 fans.

The entertainer was also in Japan on Dec. 16 to receive an award from the UNICEF Japan committee on behalf of South Koreans who donated to help with the tsunami damage there. Lee also made a personal donation of 700 million won ($605,489). The 41-year-old actor received a letter of appreciation from UNICEF Japan and also gave a speech.

“I am so relieved that you are all in good spirits and working toward rebuilding the affected areas. I don’t think I deserve to be thanked when there are so many organizations including UNICEF working so hard toward to recovery effort,” said Lee.

In 2006, Lee held a fan meeting in Tokyo Dome for some 50,000 fans, becoming the first Korean actor to do so. Lee has just finished filming the Hollywood action blockbuster “G.I Joe 2: Retaliation” in the U.S. The movie will be released in June next year.