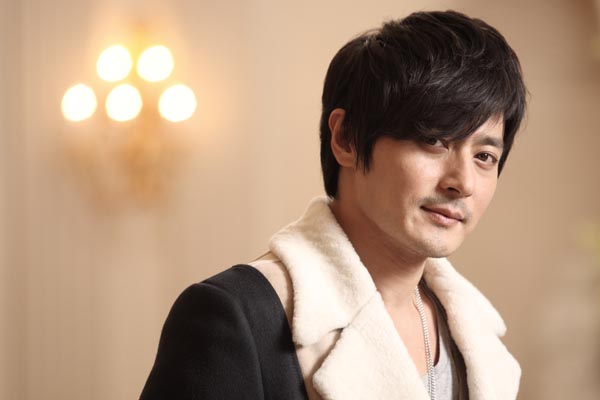 
Japanese media reported that on Dec. 18 Korean actor Jang Dong-gun touched down in Japan to promote his upcoming film “My Way” and was met by around 500 fans.

The actor was dressed in a long coat and wearing sunglasses when he appeared at the airport and acknowledged the fans by waving and nodding.

Jang stars in “My Way,” directed by “Taegukgi: Brotherhood of War” director Kang Je-kyu, alongside Japanese actor Joe Odagiri. The two play the roles of a Korean and Japanese soldier who overcome their cultural differences to become best friends. The film has the unlikely setting of the Battle of Normandy during the Second World War. The movie will open in Korean on Dec. 21 and in Japan on Jan. 14.