A tyrant who was predictably unpredictable

A tyrant who was predictably unpredictable 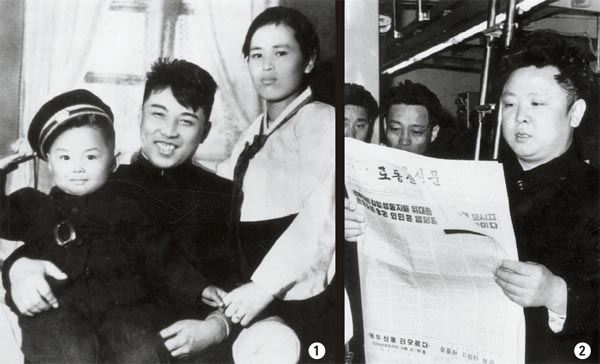 Kim Jong-il, who ruled reclusive Communist North Korea through a dictatorship based on military power, nuclear brinkmanship and a personality cult, has died. The “dear leader,” his official moniker, was 69 when he died of a heart attack on Saturday.

The man responsible for arming the country with nuclear weapons while letting its economy collapse and his people starve was the first son of the late North Korean founder Kim Il Sung. After years of grooming, he took over the North after his father died in 1994. Since 2009, Kim’s youngest son Jong-un has been groomed to become the next leader, the first communist third-generation dynastic succession.

During Kim’s 17-year leadership of the North, the relationship between the two Koreas, technically still at war since a 1953 armistice, saw some thawing, and Kim met with two South Korean presidents, Kim Dae-jung in 2000 in the first inter-Korean summit, and Roh Moo-hyun in 2007. Economic cooperation projects and humanitarian exchanges also took place as Kim opened up his country a crack in a desperate attempt to buoy the failing economy and ease severe and chronic food shortages.

Kim’s “military first” policy - which put the military ahead of all other national priorities - and a campaign to make the North a “strong and prosperous state” by 2012 led to bad relations between the North and South and tragedy. In 2010, North Korea made two fatal attacks on the South, including the sinking of a navy ship in March (which Pyongyang denies) and the shelling of Yeonpyeong Island in November.

Kim was born on Feb. 16, 1942 in the Soviet village of Vyatskoye near Khabarovsk, the first son of Kim Il Sung, then a senior official of the guerilla group Northeast Anti-Japanese United Army, and Kim Jong-suk, a fellow independence fighter. During his childhood, Kim was often called a Russian nickname, Yura. Officially, North Korea claims that Kim was born in a military camp on Mount Paekdu, the sacred Korean mountain that is supposed to be the birthplace of the Korean race, one of many falsehoods used to build Kim’s personality cult.

Kim spent his childhood in a military unit during World War II until he returned to North Korea with his mother on Nov. 25, 1945. Analysts said his childhood experience among soldiers and as the son of guerilla fighters probably played a significant role in shaping his personality and his acceptance as a leader.

“The blood tie with the first generation of guerilla fighters was a decisive factor in Kim’s power,” said Shin Gyeong-wan, a defector who served as a senior official of the Workers’ Party. 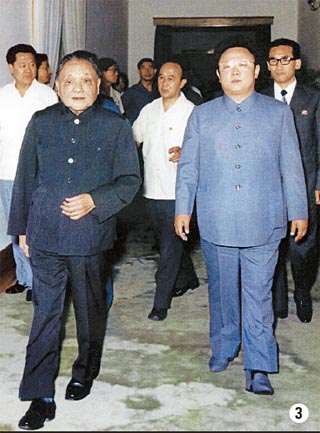 In the North, Kim received an elite education as his father was a senior secretary of the Communist Party in the North and would soon be its official leader. His mother was particularly interested in raising her son as a potential leader and took him to factories and farms to learn how to address the public.

In September 1948, Kim entered the elite Namsan People’s Elementary School, the same month that his father founded the Democratic People’s Republic of Korea and became the first prime minister.

Kim’s mother died in childbirth in 1949, leaving a message that her son should be raised a revolutionary. She also told her son to respect his father and uphold his achievements.

After the death of his mother, Kim received the special attention of her guerrilla comrades, including Cho Myong-rok, Ri Ul-sol and O Jin-u, who were later appointed to top military posts.

When the 1950-53 Korean War broke out with the North’s invasion of the South, Kim and his younger sister took refuge in Manchuria but returned to Pyongyang in 1952. He briefly studied at the Mangyongdae Revolutionary School, established for the children of Kim Il Sung’s guerilla comrades. Many of Kim’s schoolmates grew up to become top members of the Workers’ Party, cabinet and military. They also served as strong supporters of Kim during his rise to become successor to his father.

While his father established the juche, or self-reliance, ideology to lead the country, Kim continued to receive elite education at schools and from private tutors. The North Korean media often reported that Kim showed leadership talent and excellent scholastic abilities from an early age.

In 1960, Kim entered Kim Il Sung University to study politics and economics. Kim joined the Workers’ Party in July 1961 during his sophomore year, taking the first step in his political career. He also accompanied his father on “field guidance tours” as a part of his training.

After graduating from university, Kim’s political career rose fast, particularly after two bloody purges of his rivals. The first purge came in 1967 as Kim removed first-generation guerilla fighters from the party to clear his path to leadership.

Following the purge, Kim served as a cultural and art guidance manager of the Propaganda and Agitation Department of the Workers’ Party, launching a campaign to uphold his father’s juche ideology and strengthen the family’s personality cult. 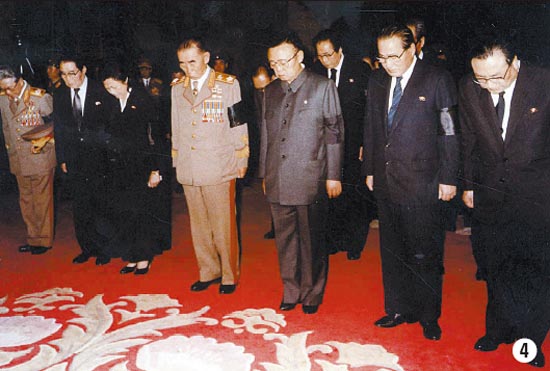 The second purge came in January 1969, when Kim removed top military officials. Through the elimination, the role of the party and political offices inside the military were reinforced, while the Organization and Guidance Department of the party seized control over the military. During that period, Kim served in top posts in the department while holding the position of the party’s secretary for organization and guidance in 1973.

In February 1974, Kim was designated as successor to his father at the age of 32. He was elected a member of the party’s Politburo and received the title of “hero of the republic.”

He also continued to reorganize the party, government and military to strengthen his power. Within a year, he was in charge of the party, and the military also came under his control in 1979 as he continued to purge rivals or opponents of the Kim family rule.

According to sources well-informed about the North, Kim was the de facto leader of the country since 1986. The late Hwang Jang-yop, the highest North Korean official ever to defect to the South, once said, “Kim Jong-il was the leader since 1986.”

In 1990, he became the first vice chairman of the powerful National Defense Commission and the supreme commander of the People’s Army the following year. In April 1993, he assumed the post of the chairman of the National Defense Commission at a meeting of the Supreme People’s Assembly. Three years after his father’s death in 1994, Kim became secretary general of the Workers’ Party.

Although the father-to-son succession was planned for decades and accompanied by one of the most elaborate personality cults in the world, Kim took over the country in a dire state. The collapse of the Soviet Union cut off aid. A series of natural disasters such as floods, cold and droughts hit the economy.

Famine set in, and according to most estimates, as many as three million people died of hunger, jeopardizing Kim’s leadership.

Kim applied a “military first” policy, which made support of the military the number one national priority, to maintain political stability during the economic hardships. Despite famine, Kim continued to make investments to beef up the military. Last year, the North Korean military reported 92 public activities by Kim, 63 of which were military related.

He kept tight control over his people, keeping in check possible uprisings and instability with a network of brutal prison camps that some experts say hold as many as 200,000 to 300,000 prisoners at any given time. Torture and horrific public executions were the norm, allowing Kim to instill fear in the public and get a tighter grip over the country’s levers of power.

Kim also played the diplomatic card to somehow keep North Korea afloat. He made visits to China to learn from its Communist ally’s economic reforms and tried to improve the North’s relationships with other countries, including the United States.

Kim also opened his country to the South in an attempt to salvage the country’s imploding economy.

In 1998, Hyundai Group founder Chung Ju-yung visited Pyongyang and met with Kim, which was the starting point of a new era of inter-Korean economic cooperation. In June 2000, then-South Korean President Kim Dae-jung made an unprecedented visit to Pyongyang for the first inter-Korean summit. Since then, the North has made vigorous efforts to improve its diplomatic relations with the international community.

Japanese Prime Minister Junichiro Koizumi visited the North in 2002 and 2004 as Pyongyang and Tokyo tried to improve relations.

Even while playing the diplomatic card, Kim did not give up nuclear brinkmanship to protect his regime. North Korea startled the world with its first nuclear test in 2006 and conducted another one in 2009, both using its plutonium-based nuclear program. Since 2009, the North also began development of a more dangerous uranium-based program.

Under Kim’s leadership, the North continued to engage in military provocations against the South. Sea skirmishes took place occasionally near the maritime border in the Yellow Sea and missiles were fired to shock neighboring countries. Last year, military tension between the two Koreas reached a new high when the South blamed the North for the sinking of its ship, the Cheonan, in March, which Pyongyang denied. In November 2010, the North shelled the border island of Yeonpyeong, killing not only soldiers, but also civilians.

Kim suffered a stroke in August 2008 but seemed to be steadily recovering. A currency renomination took place in 2009 to tighten the regime’s control over private economic activity but was highly unpopular. Later in the same year, Kim’s youngest son, Jong-un, became the heir apparent after he was named a high-ranking general despite his young age and inexperience. Jong-un was named the vice chairman of the Central Military Commission and a member of the Central Committee of the Workers’ Party, rising quickly to become the presumed successor of his father. His status as successor was formally announced yesterday.

According to sources informed about the North’s first family, Kim is survived by three sons and three daughters with three wives, who have all passed away.

Kim’s final campaign was a promise to make the North a “strong and prosperous country” by 2012 - and especially by the 100th anniversary of his father’s birth in April, which was to be a glorious national celebration. Kim died just days before that strong and prosperous time was supposed to start.

* September 1973
Appointed as the party’s secretary of organization and propaganda.

* February 1974
Designated by his father and national founder, Kim Il Sung, as his successor. The next 20 years is spent grooming him as leader.

* July 1994
Took over leadership of North Korea after Kim Il Sung’s death on July 8 from a heart attack at the age of 82.

* June 1999
Skirmishes between the North and South Korean navies occurred near the Northern Limit Line in the Yellow Sea.