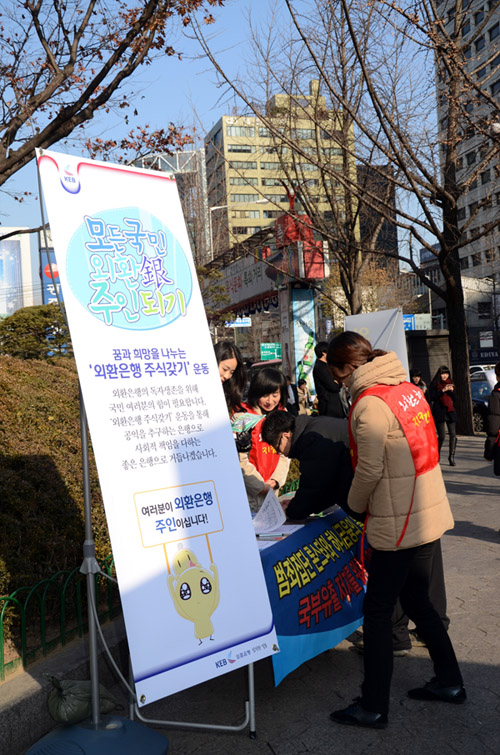 Korea Exchange Bank employees promote the selling of its shares on the streets of Seoul yesterday as part of a campaign to encourage the public to purchase Lone Star’s majority stake in the bank. The U.S. private equity fund has signed a deal to sell its stake to Hana Financial Group. KEB’s labor union, which is hoping to deter the sale, said more than 7.4 million people have signed up to buy Lone Star’s stake. [YONHAP]