Studios cash in with 3-D versions of classic films

Studios cash in with 3-D versions of classic films 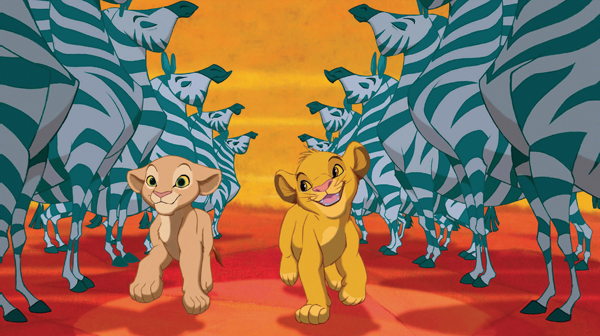 Disney’s 1994 hit “The Lion King” was re-released in 3-D in the U.S. in September and topped box office sales upon its release. The 3-D version will be released in Korea on Dec. 29. Provided by Sony Pictures

In order to please movie fans who are tired of watching poor 3-D movies, the film industry has turned its attention to classics of the past and has started converting them to 3-D. One of these films is Disney’s animation feature “The Lion King” (1994), which is slated to open in Korea on Dec. 29 at theaters nationwide. The 3-D version opened in the United States in September.

The animation tells the story of Simba, a young lion, who is expelled by his uncle Scar from the kingdom where his father used to rule. Simba lives in seclusion but soon decides to stop his vicious uncle from conquering the kingdom where Simba and his family and friends used to live in peace.

About 17 years have passed since the release of “The Lion King,” but the animation feature film held the title of the third-highest-grossing animation film worldwide, meaning that the film was watched by a large number of people. It even made Hollywood insiders skeptical about a re-release of the 3-D version of “The Lion King,” which cost $10 million to create from the hand-drawn original.

Upon its release on Sept. 16 in the United States however, the 3-D version of “The Lion King” earned $30.2 million in three days from Sept. 16-18. “The Lion King” topped the box office for two weeks in a row upon its release. Due to the re-release of the film, “The Lion King” has become the second-highest-grossing animation film, and its success inspired Disney to convert other past hits, including “Beauty and the Beast” (1991) and “The Little Mermaid” (1989) to be released in the near future.

Robert Neuman, who was responsible for converting “The Lion King” into 3-D, said in a press release that “The most important thing in film is a story. And I was assured that we could add something more to the story by turning it into 3-D.”

About 60 artists were involved in the project over nine months. It took four months to convert the scene where Scar sings “Be Prepared” into 3-D, according to Neuman.

Other hits of the past will also be released as 3-D versions next year. Marking the 100th anniversary of the Titanic sinking, James Cameron’s “Titanic” (1997) will be released in 3-D on April 6 of next year, and other animation hits from Pixar Animation Studio, such as “Finding Nemo” (2003) and “Monsters, Inc.” (2001), will hit theaters in 3-D as well.

Korean films also jumped on the bandwagon. The 2006 hit “The Host,” directed by Bong Joon-ho, will be released in 3-D early next year, according to Chungeorahm Film.

Centering on a working-class family that ends up fighting against a monster emerging from the Han River to rescue the youngest family member who has been kidnapped, “The Host” achieved great success in 2006 and is the third-highest-grossing film in Korean film history, according to the Korean Film Council.

Chungeorahm Film said it took about six months to convert the film into 3-D and cost 1.5 billion won ($1.3 million).

Compared to “The Lion King” that was originally released 17 years ago, “The Host” was released just five years ago, and the monster film is still played on television during holidays on and off. “We hope to see moviegoers coming to theaters to watch the film that they missed a couple of years ago or people who want to watch a whole different version of ‘The Host,’?” a Chungeorahm Film employee said.

According to officials, the success of converting films depends on content and technique. “In the beginning, there were many low-quality converted films, and they received harsh criticism. It was meaningless, just to make money,” said film critic Kim Young-jin. “But if the converted film could offer a true 3-D experience with a good story, it becomes a different story.”

Another film critic Shim Young-seop said, “It’s a win-win strategy. The film industry can recycle its old work, and the audience can watch films that they missed at theaters.”