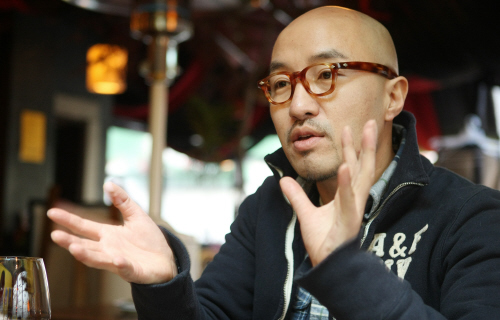 The college said in a press release on Dec. 21 that Hong landed a teaching job at the college as a part-time professor. He will teach practical courses regarding acting and music.

“Hong was chosen from harsh competition. Hong’s achievement in theatrical plays, drama series and musicals were highly appreciated,” the college said in the release.

Hong’s new role as a part-time professor is quite meaningful for himself and a group of sexual minorities in Korea.

By winning a bronze prize from a comedian search contest held by KBS back in 1995, Hong debuted and tried his hand at diverse fields including sitcoms, dramas, theater and musicals but he lost all of his jobs in 2000 after he revealed he was gay.

After the coming out, the gay celebrity eventually kept a low profile and has been running a number of restaurants around Itaewon. But he came back in 2003 after star drama writer Kim Soo-hyun cast him in a supporting role in “Perfect Love.”

After Hong, a couple of male-to-female transsexual celebrities have received attention, but Hong is still the only gay celebrity who has publicly admitted his sexual orientation.