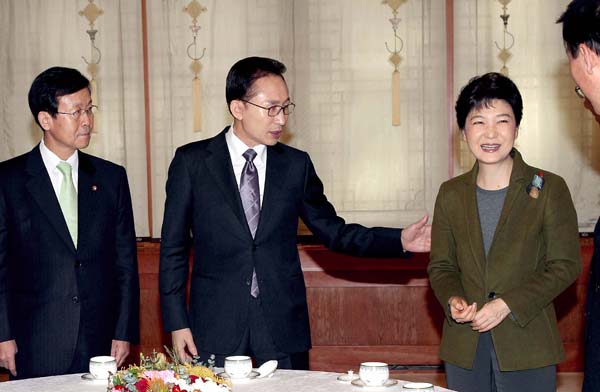 In a meeting with leaders of the ruling and opposition parties, Lee also said he did not want to see a schism in the South on dealings with North in the period after Kim’s death. He said there will always be a room for “flexibility” in his North Korea policy when the situation stabilizes, a senior presidential spokesman, Choe Geum-nak, said.

“The measures we have taken are to show the North that we do not have a hostile attitude toward it,” Lee was quoted as saying by Choe, the senior secretary for public relations. “The North probably didn’t expect us to go this far.” 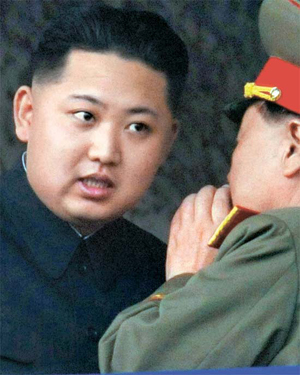 Lee also said the government’s reactions were intended to “give some symbolic messages to the North.”

After the North announced Monday that Kim had died of a heart attack on Saturday, the Lee administration issued a statement and expressed sympathy for the people of North Korea. The government also asked religious groups to delay the lighting of Christmas trees along the border, and allowed the families of the late former President Kim Dae-jung and the late Hyundai Group Chairman Chung Mong-hun to attend Kim’s funeral in Pyongyang.

Lee told the senior politicians that South Korea has not raised the alert level for its troops. Lee said it will take some time for the North’s leadership to be stabilized, but Seoul, Washington, Moscow and Beijing all want stability as soon as possible.

The Blue House was tight-lipped about its reaction to Kim’s death for the first few days, but Choe described Lee’s remarks in detail yesterday.

While the presidential office said Lee’s remarks did not signify a drastic shift in the administration’s policy toward Pyongyang, it was apparent that Seoul wants to keep things smooth with the new North Korean leadership.

According to Choe, Lee dismissed concerns that the government has failed to cooperate with China in the aftermath of Kim’s death. Lee said he will make a state visit to China early next year and stressed that the communication between the two countries is smooth.

The president also tried to ease the ruling and opposition leaders’ concerns about his administration’s failure of intelligence about Kim’s death.

“It is true that we didn’t know about Kim’s death until the North announced it, but all the countries in the world were also in the dark,” Lee was quoted as saying. “We had some intelligence, but it is better for us to not reveal it, even though we feel [the criticism] is unfair.”

The president said the South’s intelligence capability is not as weak as the opposition parties claim.

According to Choe, the opposition party asked Lee to ease the ban on civilians visiting the North to mourn Kim’s death, but the president rejected the request. Won asked Lee to make an exception for a delegation from the Korean Council for Reconciliation and Cooperation, but the president said it was important for the government to stick to one principle.

Lee said that only the families of the late President Kim and the late Hyundai chairman were allowed to travel to the funeral because the North sent delegations to their funerals in Seoul. No exceptions were being allowed, even to the family of the late former President Roh Moo-hyun.

Lee also said the government had persuaded victims of the regime to accept their handling of Kim’s death, including defectors and victims of terrorist attacks by the North. He said opposition parties should do the same.

Following the one-hour meeting, Lee met separately with Park, the new head of the GNP.

“I think he paid special attention because it was our first meeting since I assumed an important position in the party,” Park said afterward.