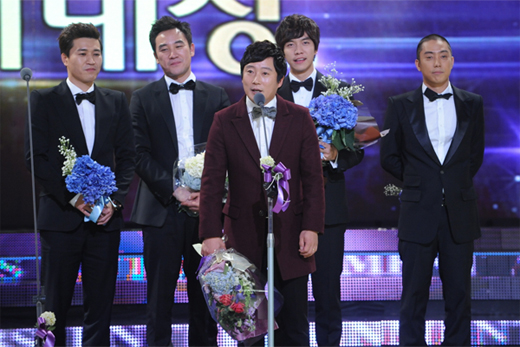 The cast of KBS show “1 Night, 2 Days” won the grand prize at the 2011 KBS Entertainment Awards on Saturday, becoming the first group recipient of the award.

During their award acceptance speech, the cast members especially caught attention when they thanked former show member Kang Ho-dong, who quit after becoming embroiled in a tax evasion scandal in September.

The show, which first aired in August 2007, has been one of the most popular in Korea, and its final episode is scheduled to air next February.