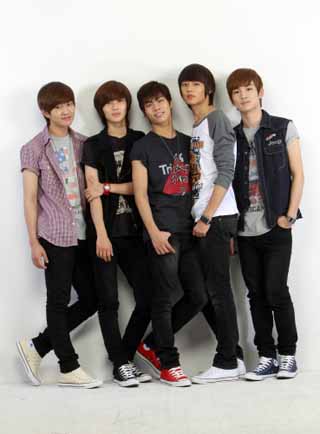 This year’s “K-pop Love Award” was claimed by the boy band SHINee. The award was presented by Tower Records Japan and the winner was decided by tallying up netizens’ votes as well as record sales of nominated artists. Fans cast their vote online from Dec. 14 to Dec. 20 using Web sites such as Facebook and Mixi, a Japanese blog portal.

SHINee was awarded Single Album of the Year for the song “Replay” as well as being named the best artist of the year. The band overtook hit songs such as “Let Me Cry” by Hallyu star Jang Keun-suk and “Jet Coast Love” by girl group KARA. KARA and Super Junior came second and third in the artist category.

“SHINee also came second in the most mentioned in blogs category, with double the amount of mentions compared to third place,” said a representative from Tower Records.

Other groups to have made notable achievements for the year were KARA who came first in the album category with “Super Girl”, JYJ who came third with “In Heaven” and Super Junior who came third with “Mr. Simple”
On Dec. 26, the winning boy band also released a photo book chronicling moments from their first Asian tour from this year.