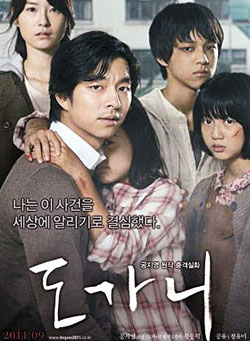 A film called “Dogani” (“The Crucible”), based on a novel by Gong Ji-young, stirred up enormous outrage among Koreans this year. The film tells the true story of sexual abuse at a school in Gwangju. Teachers at Inhwa School allegedly raped hearing-impaired students. Over 4.5 million viewers saw the film, and even though the original case closed in 2006 with little media attention, public outcry both on and offline led to a new police investigation. Early in November, many of the young victims were also brought to Gangnam Severance Hospital in southern Seoul to get psychological treatment.

After some tests, six of the victims were diagnosed with serious post-traumatic disorders, according to the police.

Following the film, the central government raised the maximum jail sentence for criminals convicted of sexually assaulting disabled children from three years to five. The government also announced that criminals found to have sexually attacked any disabled people will wear electronic anklet monitors at all times.