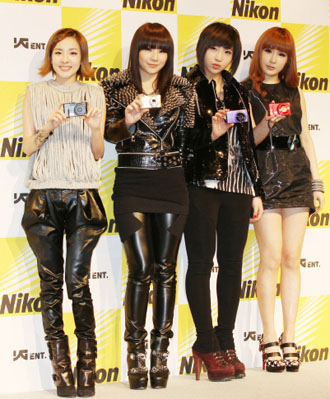 K-pop group 2NE1 has been selected to win the New Artist of the Year award at the 2011 Japan Record Awards on Dec. 30.

According to local media reports on Dec. 29, the decision to honor the band was made by the Japan Composer’s Association.

The band only made their debut in Japan in September and at a rehearsal for the award show the members gushed about their excitement leading up to the night.

“We are so happy to be honored with such an amazing award in such a short amount of time that we’ve been active in Japan. We’ll try our best to keep coming back to claim more awards at the Record Awards year after year.”

In the meantime 2NE1 is busy preparing for their performance on the night.

The band said that the act “Will be full of feminine charms and the performance will be like a musical.” The group said that they were looking forward to having fun with the crowd on the night.