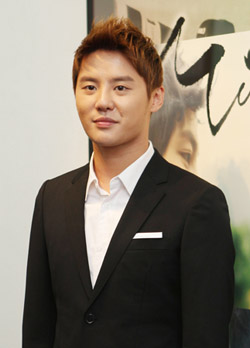 Kim Junsu from trio group JYJ has built a school in the rural region of Pusat in Cambodia. International aid agency Adventist Development and Relief Agency (ADRA) announced on Dec. 28 that a school built from the singer's donation has officially opened after five months of construction.

Pusat is a poverty-stricken area consisting of some 337 families with a total population of 1,500. It is one of the world's poorest regions, with a high rate of death for children who contract malaria.

The former member of boy band TVXQ, who was referred to as Xiah Junsu, became aware of the region through his mother. In the last year, the singer's mother visited Pasat with a volunteer, who highlighted the dire need of the residents living there.

When Kim's mother asked locals what facility they would like to see built in their hometown, the residents told her that they would like a school. The boy band member was touched by the locals' desire to educate their children despite having so many other needs. Thus, the singer made the decision to pay for a school building. The recently opened institution has six classrooms, a special activities room, toilets and plumbing throughout the facility.

The entertainer's mother attended the opening ceremony in Cambodia as Kim is busy rehearsing his role in the upcoming musical "Elisabeth," which opens next year. The parent of the singer expressed her desire to name the school "Xiah Junsu Evergreen School" and encouraged the 500 pupils in attendance to keep their hearts pure and study hard to become influential people who will shape the world.