‘Athena’ cast to appear in showcases for DVD release

‘Athena’ cast to appear in showcases for DVD release 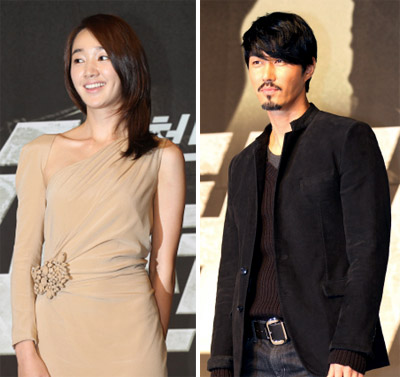 Cast members of the hit action drama “Athena: Goddess of War” will participate in two showcases in Japan to commemorate the show’s DVD release.

On Jan. 7, actors Cha Seung-won, Soo Ae, Kim Min-jong and boy band Super Junior’s Siwon will perform at the Saitama Super Arena. Then on Jan. 9 some of the leading cast members as well as some minor ones, such as Sean Richard, will take the stage at Osaka Castle Hall. Martial arts champion Choo Sung-hoon, who made a cameo role on the show, will also attend the star-studded event.

During the two-day event, there will be re-enactments of action scenes from the movie as well as a talk show and performances by special guests SHINee and Taeyeon from Girls’ Generation.

The SBS show started airing in Korea in December 2010 and concluded in February 2011. The series began airing in Japan on Nov. 30 and is currently being shown through TV Tokyo. While the first 10 episodes of the 20-episode series have already been released on DVD, the second 10 episodes will be released next month.