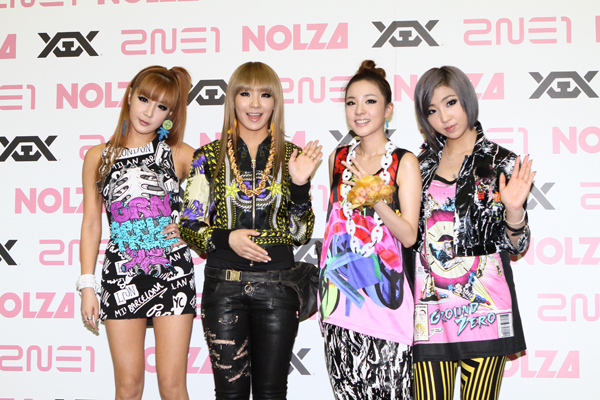 MTV’s Iggy Web site has put a performance by CL from K-pop group 2NE1 and the Black Eyed Peas at the top of its list of “Top 10 Dream Collaborations” for 2011.

The performance was part of the Mnet Asian Music Awards in November 2011. The collaborative act consisted of CL from the Korean girl group and will.i.am and apl.de.ap performing the band’s hit song “Where is the Love?”

The members of the K-pop band were also cited by MTV in the style section as one of the top girl bands to look out for in 2012.

“We will keep an eye out for the band in the coming year, especially as it keeps collaborating with the New York-based fashion designer Jeremy Scott,” the Web site said.

In November, MTV Iggy declared the girl band as the best new band of 2011 and the band’s song “I’m The Best” topped the list for the “Coolest Non-English Tracks” of the last year.