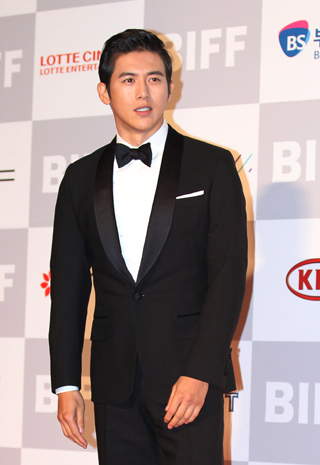 Hallyu actor Ko soo has announced that he will tie the knot on Feb. 17 with a bride who is 11 years his junior. The 33-year old actor will marry his 22-year old university student girlfriend in Seoul and it is predicted that some of the nation’s top stars will be in attendance. Local media reported that the pair met in March last year through mutual friends and have been dating since.

“Despite his busy schedule, Ko has been such a thoughtful and caring boyfriend towards his fiancée and everyone around them is thrilled for the couple,” said a representative who is acquainted with the pair.

The celebrity made the announcement through his official fan Web site as soon as the couple began dating last year. “We met as friends and have progressed to lovers. As she is not a public figure, this decision to announce our relationship was a hard decision to make for me. Please help us be able to maintain our love for one another by respecting her privacy,” Ko said to his fans.

After the announcement was made more details about the girlfriend emerged. Identified as “K,” she was found to be a great beauty who is currently studying sculpture at a university in Seoul.