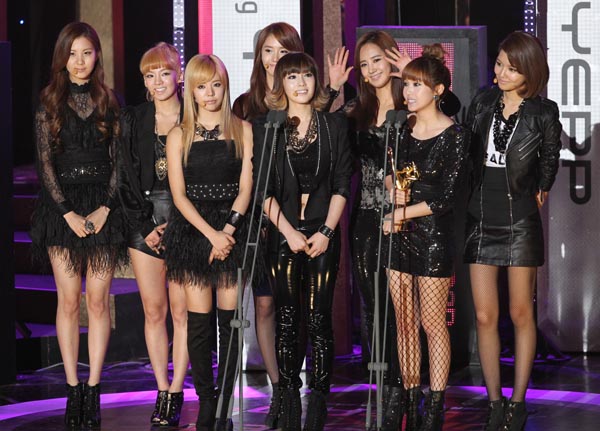 K-pop girl group Girls’ Generation has been recognized by the Japan Jewellery Association as being the most stylish in the region when it comes to wearing jewelry.

On Jan. 11 the girls attended the 23rd annual International Jewellery Tokyo trade show, the biggest jewellery convention in Japan, at the Tokyo Big Sight in Japan and were crowned as the best jewelry wearers in a special category for female singers. Mizohata Hiroshi, Japanese minister for tourism, presented the girls with their award. “We will keep singing songs that sparkle just like jewels,” Seohyun from the band said.

In previous years actors Lee Byung-hun and Wonbin have received awards from the association.

Later that same day the band traveled to Osaka in order to make an appearance at the 26th annual Golden Disk Awards, an annual K- pop music award ceremony. Over 500 K-pop stars attended the event that was taking place at an overseas location for the first time in its history.