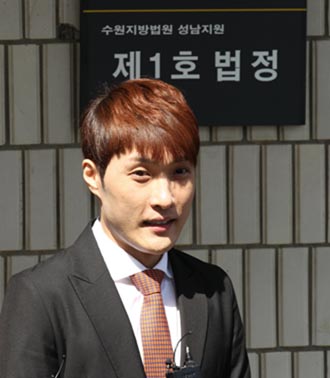 Comedian Kim Ki-soo has been cleared of sexual assault charges brought against him by a male composer in training who belonged to the same agency as the star. The Supreme Court confirmed on Jan. 12 the verdict issued in the two previous trials, ruling the defendant Kim is innocent.

“We doubt the testimony given by the plaintiff and as there is no credible evidence to support the accuser, we find the accused innocent of the charges brought against him,” the court declared.

The entertainer was indicted in 2010 when the plaintiff said the comedian raped him after a night of drinking at the defendant’s house. The indictment threatened Kim’s career and led to speculations about his sexual orientation.
In the previous trials, the comedian was also declared innocent by the courts due to a lack of evidence and the plaintiff’s lack of credibility.

Kim expressed his joy on the final verdict via Twitter:
“Innocence proved. I won. From now on I will live my life to the full,” the tweet read.
The accused entertainer appeared on MBC’s “Good Day,” which was recorded prior to the Supreme Court trial, on Jan. 13. The star said on the show that he had battled depression following his indictment. He also paid tribute to his actor friends Kim Sung-su and Hong Suk-chun for helping him through the tough times. Hong is one of the few openly gay celebrities in Korea who has also experienced obstacles in his career after coming out in 2000.