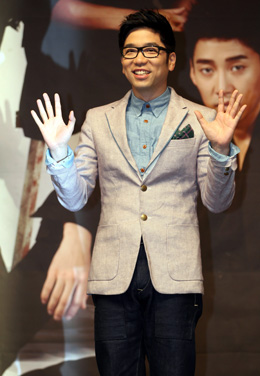 Singer Lee Juck from Panic has made a donation of 100 million won ($86,900) to a fund within the charity Beautiful Foundation that will support teenage orphans who lead households.

The donation has been named the “Snail Fund” and has a double meaning. First, “Snail” is one of Panic’s most-loved songs from the late 1990s. “Second, the snail is symbolic for wishing that teenage heads of household have a steady and secure home environment since they often experience the rough side of life,” said a representative from Music Farm, Lee’s agency.

The official launch of the fund took place on Friday at the headquarters of the Beautiful Foundation in central Seoul.

“My hope for the teenagers is that they will remain firm and steady, like a snail, no matter how slow and hard life may seem at times,” the 37-year-old star said. Lee has regularly supported the aid organization since 2004, and from last year, he has taken a more active role in developing plans to help low-income Koreans.