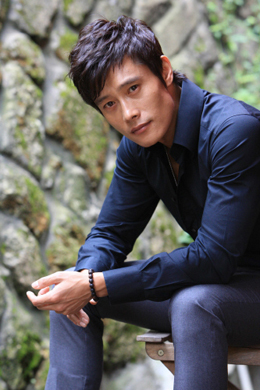 Pro-wrestler-turned-actor Dwayne “The Rock” Johnson opened up about working with his co-star, Hallyu actor Lee Byung-hun, at a press conference in Taiwan.

Johnson was in Taiwan on Jan. 17 to promote his new film “Journey II: The Mysterious Island,” and took a moment to talk about his experience working with Lee.

“It was a great experience working with Lee,” Johnson said. “We became good friends while filming ‘G.I. Joe II.’ As an actor, he has such a tremendous aura about him. I was drawn to him from the first time we met. He’s also very humble yet sure of himself and has such a presence in the film.”

The Hollywood actor said that he also liked Lee’s other action movies and that he expected Lee to become a big star in Hollywood.

Johnson rose to fame as a professional wrestler and began his pursuit of acting with a starring role in the hit movie “The Mummy Returns” alongside Brendan Fraser and Rachael Weisz in 2001. Since then, he has appeared in various Hollywood blockbusters.

Meanwhile, Lee was named as one of the top 10 Korean actors of 2011 according to a poll conducted by Gallup Korea.