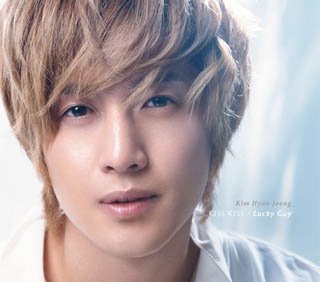 K-pop wonder boy Kim Hyun-joong has broken the Japanese record for albums sold on the day of release by an overseas artist.

Leading up to the release of “Kiss Kiss/ Lucky Guy,” ringtone versions of the tracks were made available on Jan. 18. Since being launched on the Japanese ringtone Web site Recochoku, “Kiss Kiss” became the most downloaded ringtone in just one day.

Kim will also appear on Asahi TV’s “Music Station” on Jan. 27. Following the television appearance the Korean star will hold a special concert titled “Premium Live 2012” in Yokohama on Feb. 5. Some 20,000 fans have been picked and invited to attend the show which is being held to commemorate the release of the EP in Japan.