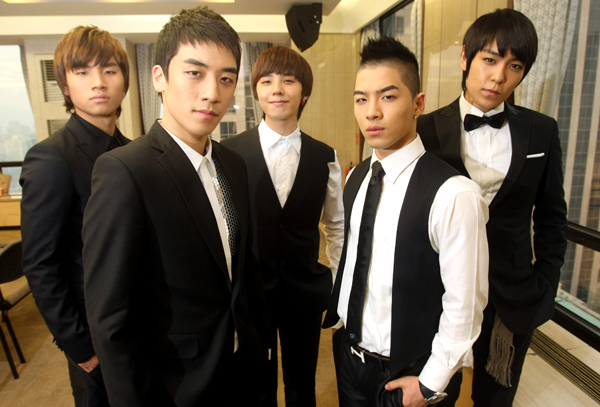 According to YG Entertainment, the two bands will make their maiden appearance at the 2012 “Springroove” festival, which is scheduled to take place at the Kobe World Memorial Hall on March 31 and at the Makuhari Messe in Chiba the next day.

The “Springroove” festival is renowned for bringing in international stars like Snoop Dogg, Kanye West, Ne-Yo and Rihanna. This year, the two Korean groups will share the stage with American electro-pop duo LMFAO and DJ David Guetta.

The agency said GD & TOP, a project group comprised of two Big Bang members - G-Dragon and T.O.P - and girl group 2NE1 were originally set to perform with American rapper Flo Rida in last year’s festival but couldn’t make the trip due to the earthquake and tsunami that devastated parts of Japan.