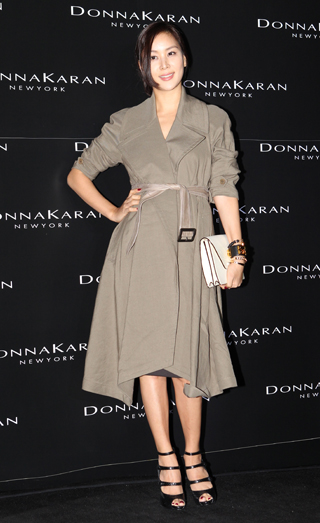 Actress Go So-young’s agency released a press statement on Jan. 27 declaring that from Jan. 11, a tea company has been using the star’s name to promote its line of “Go So-young’s Diet Herbal Tea” without Go’s consent.

“The company in question has fooled consumers and fans alike, misinforming them to think that Go used the products for weight-loss after she gave birth. Although we’ve asked the company several times to remove the articles and to stop spreading these lies, they haven’t complied. Therefore we are in the process of taking legal actions against the company,” said a representative from the actress’ agency.

In addition to the tea company, there are multiple other companies currently poaching the starlet’s name to sell products – “Go So-young Diapers” and “Go So-young Hand Cream” to name a few. Go’s agency is consulting a lawyer to best deal with these businesses. The agency said that it will make a stand against companies that are unlawfully using Go’s name to hawk their products. Legal steps will ensure than fans and consumers aren’t duped into making purchases that unofficially carry the entertainer’s name.