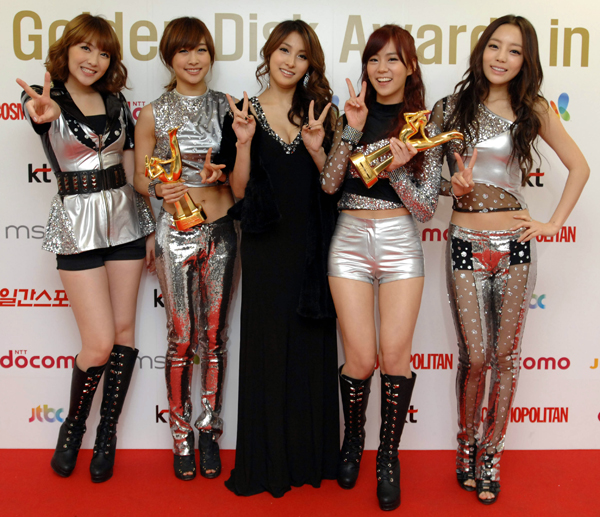 
A DVD released by girl group KARA has ranked first place in the entertainment division of Oricon’s DVD chart. On the general DVD chart, which combines all the different DVD sections into one, the same DVD ranked seventh.
The DVD “Karadise 2012, In Paris” launched on Jan. 25, sold 6,000 copies in the first week of its release.

In January 2011, the Korean girl band released “Karadise 2011- Season’s Greetings From Thai” and “KARA’s All About Beauty” in October. Both DVDs remain in the top 10 within the DVD chart.

The band is extremely popular in Japan and in December of last year, was awarded the runner-up K-pop “Artist of the Year” by the Japanese record retailer, Tower Records.

Most recently the group took part in a Korean-Japanese fashion event called “Korean International Style Show,” held in Tokyo from Jan. 25 to 27. In addition the group was presented with the “Asia Star Award” at the annual Asia Model Festival earlier this month for being among the top Asian entertainers.