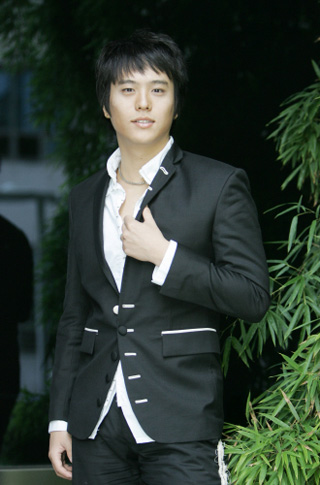 SG Wannabe member Kim Yong-jun will be conscripted into the army on Feb. 16 to fulfill his military service.

A representative of the singer announced Feb. 3 that Kim will enter Nonsan Army Recruit Training Center in Chungnam on Feb. 16 and after undertaking basic training will serve 23 months in a noncombat division.

At the end of last year the band held its final concert before the group disbanded to pursue solo projects, or in Kim’s case to fulfill his military service.

Kim Yong-jun is the leader of the group and rose to fame with a starring role in the MBC reality show “We Got Married” with his real-life girlfriend, singer Hwang Jung-eum, in 2009. There has been speculation since the show the couple has broken up but they maintain that they are still together.