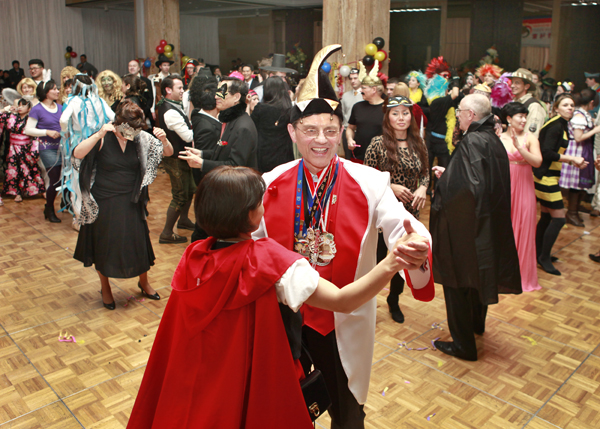 The festival emulates the party and carnival season in Germany that starts at 11:11 a.m. on Nov. 11.

For German expatriates who miss their traditional festival, a group of high-ranking figures related to Germany composed the committee to organize the ball in 2011 and to select a prince and a princess whose parade highlights the beginning of the party.