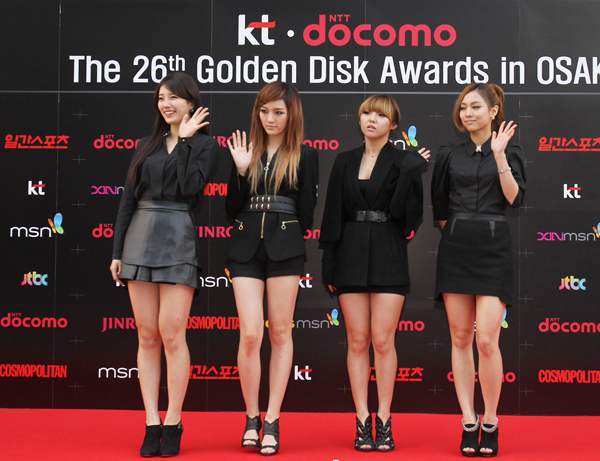 
Miss A will release a new album at the end of the month, and the girl group has found a new way to connect with fans - this time inviting some to watch the filming of the music video for the title track.

“The girls thought it was a pity that more fans couldn’t be invited to the set,” the group’s agency said. “The fans were invited by the band, who wanted to share the production process of the new album with the fans.”

Fans were stoked to be spending the day with their favorite girl group, the agency added. Attendees were picked from a pool on the band’s fan Web site from Jan. 31 to Feb. 2.

“The band is currently spending every spare moment working on the new album. You can expect some great things ahead from the group,” Miss A’s representative said.

Meanwhile, Miss A has been busy traveling back and forth between Korea and China, where the group is also very popular.