Korea is known for its early adopters and high rate of Internet penetration, but it is not just tech-savvy 20-somethings who are leading the trend.

Consumers in their 30s and 40s have fast been playing catch-up with their younger counterparts in recent months, in a country known for the speed with which it embraces the latest mobile devices like smartphones and tablets. 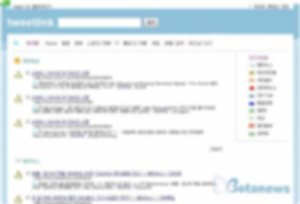 That shift was evident in a recent survey SK Telecom conducted on its 19.4 million third-generation (3G) wireless network subscribers, the results of which the carrier shared with the JoongAng Ilbo exclusively last week.

The survey shows that, while in 2010 the mobile world was clearly a playground for people in their 20s, that dominance became less evident last year.

According to SK Telecom, the data usage of 20-somethings rose 3.47 times from 2010 to 2011, but the figure for those in their 30s increased 4.26 times. This change in the digital landscape occurred as older users noticeably increased their data consumption over the last year or so.

Analyses of mobile data consumption patterns serve as crucial indicators for the industry of who are the valued data consumers and opinion leaders on mobile devices.

As such, advertisers and other players may start targeting the slightly older demographic as their influence over, and usage of, smart devices continues to grow.

SK Telecom found that, in 2010, people in their 20s - who accounted for about 16 percent of the carrier’s 3G subscribers - were responsible for 48 percent of data consumption on mobile gadgets.

This means that the average Korean subscriber in their 30s used 507 megabytes of data last year, or just over 50 percent the amount gobbled up by people roughly 10 years their junior. In 2010, 30-somethings’ appetite for data was lower, or 42 percent of that of people in their 20s. Meanwhile, older people ranging from 40 to 70 also splurged far more on data last year than in 2010. People in their 40s used 5.67 times as much data on their smart devices, while demand from people in their 50s rose 4.67 times and 60-somethings sought 4.1 times as much data as the year before.

“There is a pattern among subscribers in their 30s and 40s of consuming data on a slow but steady basis, such as reading news headlines and using social networking services, whereas young people tend to prefer data-gobbling services like movies and music,” said Lee Jong-bong, the director of SK Telecom’s network strategy division.

“Our survey shows a clear shift from the past, where data consumption and opinion making in the mobile arena was limited to the younger generation, to the present, where such activities are carried out by various age groups in a more evenly distributed manner.”

Still, those in their 30s seemed to be the most attached to voice calls compared to other age brackets. They accounted for 25 percent of all voice calls made through SK Telecom’s mobile network last year, followed by people in their 40s (23 percent), and 20s (19 percent).

The carrier said its wireless data usage amounted to 9.6 petabytes (1 petabyte is equal to 1,000 terabytes) per month on average last year, but is likely to pass 1 petabyte a day by June of next year.