2PM releases a ‘best of’ album in Japan

2PM releases a ‘best of’ album in Japan 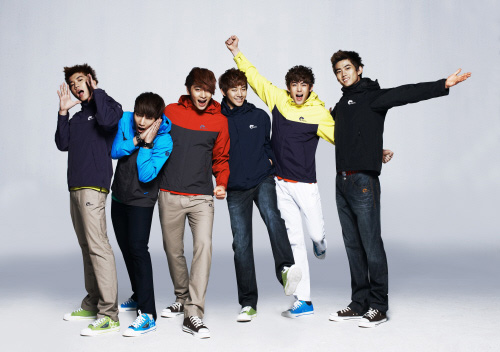 K-pop sensation 2PM will release a “best of” album in Japan on March 14 with the group’s most popular songs produced since its debut in 2008.

Two versions of the album will be available for purchase: one with a DVD and the other two with the inclusion of a special song written by group members.

The DVD edition contains footage of the band’s performance at the “Nation” concert, which took place in Japan last August and featured various artists represented by JYP Entertainment.

The band will also hold six solo shows at the Nippon Budokan in Tokyo from May 24 to 31. Tickets will go on sale from March 31.

“Ahead of the concert in Japan, [2PM member] Nichkhun will make a cameo appearance in a Japanese movie titled ‘Ouran High School Host Club,’ which is set to open on March 17. The band’s popularity in Japan is set to soar this year,” a representative from JYP Entertainment said.