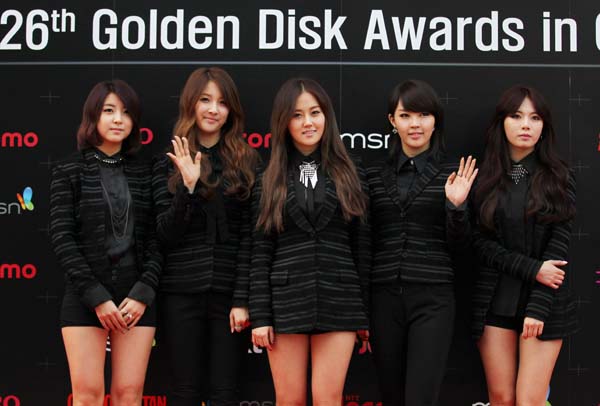 
Cube Entertainment announced the name of global Web sites to be designated as official Fan Web sites for its bands, 4Minute, Beast and G.Na. The entertainment agency received the proposals from Web site operators from all over the world and narrowed down the finalists to 46 fan Web sites from more than 24 nations. The announcement was made through the agency’s official Facebook page.

The selected Web sites to make it onto the global chain of fan Web sites for the idol singers are voluntarily created and run by fans. The Web master of the sites submitted the number of members their Web site as well as a summary of its content and signed a contract about how they will operate in accordance with the agency’s wishes.

“Per each group we received some 150 applications from more than 30 countries. Applicants were from all over the world, from Europe, South America and Asia. Thus we decided to allocate one fan Web site for each country,” said a representative from Cube Entertainment.
The global network of Fan pages is thought to help the singers’ popularity as they seek to become international stars.

“Through the network, fans from all over the world will be able to stay informed about the latest developments about their favorite singers,” said Cube Entertainment.