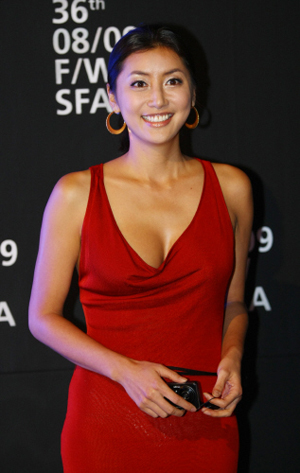 Entertainer Han Sung-ju has moved out of her home in Geumho-dong, Seongdong District, in Seoul. The move was carried out discreetly, with the singer being accompanied by a male friend who helped her clear out her former residence.

According to an eyewitness, the former newscaster is thought to have made her last trip to her former residence on Feb.2. “She came back one last time on that night to settle the balance with the new owner of the house,” the source told local media.

The move aroused much suspicion due to the fact that the entertainer parked a small truck in the underground car park to move her belongings in what appears to be a bid to carry out the deed in secret. “She seemed to be on high alert and to be in a rush every time she came,” said the insider. At all times, the witness noted that the same male companion was with Han.

Although Han has not divulged any information regarding her move, the public is watching her closely. On Monday, Han will battle her former lover, who has sued her for assault.

Chinese-American Christopher Hsu is suing Han for assault and seeks 500 million won ($446.409) in damages after he leaked nude pictures and a sex tape of the female celebrity in December.

Han has denied the allegations of violence.