Sungnyemun to be restored by year’s end

Sungnyemun to be restored by year’s end 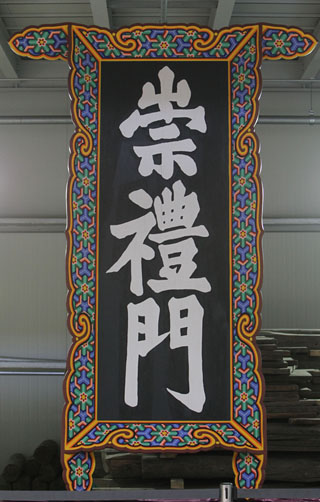 The signboard suffered minimal damage in the fire that destroyed Sungnyemun in 2008.


Sungnyemun, the historic gate that was damaged by arson in 2008, is set to be restored by the end of the year, according to the Cultural Heritage Administration of Korea.

Friday was the fourth anniversary of the fire that destroyed the gate, which is National Treasure No. 1 and commonly known as Namdaemun.

The restoration project, which is about 75 percent complete, will return the gate to roughly its original form. It was built in 1396 as the southern gateway to the capital, then called Hanyang.

“The Sungnyemun fire was definitely a tragic event, but it served to focus the attention of experts and the CHA on cultural heritage preservation,” Kim Chan, the head of CHA, said at a press conference on site last Friday. Kim said that a cooling system and disaster detection system will be installed to protect the landmark. 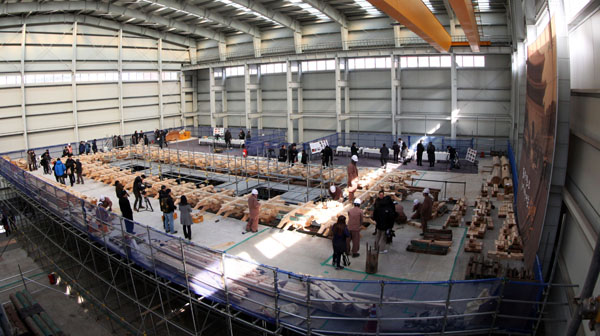 Restoration work on the pagoda of Sungnyemun, National Treasure No. 1, continues within a temporary walled structure. The entire process is set to be complete by December. By Kim Do-hoon

Prior to the fire, the gate was the oldest wooden structure in Seoul.

Restoration efforts are now focused on the walls that once extended from the gate and the two-story wooden pagoda that once sat atop the gate.

The walls, which were originally an extension of the city walls that used to surround the capital, can only be partially restored because subway line No. 1 passes near the west side of the gate and the underground portion of Namdaemun market is located near the east side.

The new walls will stretch 16 meters to the west and 53 meters to the east of the entryway in a project slated for completion at the end of June.

“Considering the safety of the subway’s operation, we decided that we would just recover as much as we can for now,” said Park Wang-hee, the manager of a CHA repair department.

The wooden pagoda was the most severely damaged structure in the fire. As soon as work on the pagoda is complete, the structure will be covered in dancheong, a decorative coloring on traditional buildings and artifacts.

The dancheong pattern on the gate has been changed six times since the gate was built in 1398. The prototype for the current restoration work will be the pattern applied in 1963, because it most closely resembles the one applied when it was first built in the early Joseon Dynasty, according to Hong Chang-won, who holds the title of Intangible Cultural Heritage No. 48 for dancheong.

“Since we are planning to restore the gate to its original shape, we chose that particular dancheong print and color,” Hong said.

The roof tiles, or giwa, will be in place by the end of October.

Though the signboard was not burned, it was damaged after it was dropped in the midst of rescue efforts during the fire. On Friday, it was moved to the original Sungnyemun site, where it will remain outdoors to allow the materials to adjust to the climate.